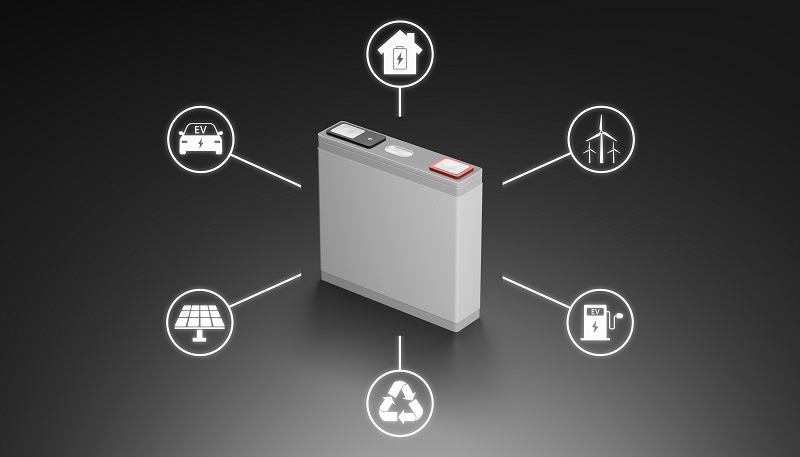 In another estimate by the International Energy Agency (IEA), the available automotive battery capacity by 2030 for repurposing will grow by 560 percent. The Global Battery Alliance estimates that batteries have the potential to cut carbon emissions by nearly one-third in the transport and power industries. In addition, it can provide 600 million people greater access to electricity and generate 10 million new sustainable jobs worldwide by the end of the decade.

However, battery recycling is a serious challenge, especially for the electric vehicle market. EV batteries typically have a lifespan of 10 to 13 years. Some predictions say 20 years. In addition, many EV manufacturers have approximately an 8-year warranty. This, of course, varies from country to country, as well as the legal aspects of the warranty. However, referring to Tesla, they guarantee 70 percent capacity after eight years, or they’ll replace it. But various factors, such as weather and how much a person drives, can impact battery capacity reduction rates.

Suppose you take the most pessimistic view of a replacement after 10 years with only 50 percent capacity capability. In that case, that means there will be 6.6 million batteries that will need replacement by 2031 (after considering EV purchases in 2021). Before that, even more batteries will need to be replaced depending on when the EVs were purchased and how much wear and tear was put on them. The question then becomes, what do we do with all these lithium-ion batteries that can still hold a charge but cannot power EVs anymore?

Many EV critics worry that these batteries will end up in a landfill. But companies are already developing creative solutions to get a second life out of these batteries. For instance, BMW plans to power festivals and construction sites to replace generators. Likewise, Audi is using the batteries to power Berlin’s power grid, leveraging them in factories and even going across the sea to India to help electrify their rickshaws.

In addition to these solutions, energy companies like Positive Energy are looking at ways to address the end-of-life challenges of EV batteries. One of the trends we’ll begin to see is how new energy-as-a-service models will empower individuals and businesses to take ownership of their energy management and carbon footprint.

For instance, if you look at the Tesla Powerwall2, it holds 12.2kWh of usable capacity with an additional 10 percent as a reserve. The cheapest Tesla models hold 60kWh, the smallest battery capacity of their fleet. Using our calculations of 10 years with only 50 percent capacity, you still have enough power for 2.5 power walls. After 15 years, you still have more than enough capacity for a 15kWh single Powerwall. And the average Powerwall currently lasts between 10 and 20 years. If you factor in the repurposed batteries, you can assume it’s on the lower side of lifespan, but that’s still almost three decades of use, depending on how much it’s used. If half of all vehicles sold in the US are EVs by 2030, and roughly 17 million new vehicles are sold each year, that means by 2040, we would have 8.5 million batteries that could be repurposed to power homes or businesses. And that’s not factoring in the 15 million that will be on the road already by 2030, adding millions more batteries that can be reused.

To solve the battery recycling problem, the industry needs creative solutions, which also require new technology to make them viable. A key aspect of squeezing as much energy out of batteries across the span of their life involves analyzing various data sets. These data sets feed into many predictions companies will need to determine their recycled batteries’ remaining performance accurately. But to process all this data effectively is beyond the capabilities of humans, given the sheer scope of battery usage in the next two decades—that all changes with the help of artificial intelligence (AI). Computers are purpose-built to handle massive amounts of data. And through continuous learning, machines can spot patterns and make far more accurate predictions and decisions than human actors ever could.

To make accurate predictions, you need forecasts of battery life, including the initial state of health and the remaining useful life. These data points need to be processed after every charge or discharge cycle. Inputting and considering factors like temperature, charge, and discharge rate will ultimately require the help of AI.

Using new AI green energy solutions, ingestion, and cognition on large, historical data sets across an entire fleet of batteries will enable real-time insights into maintenance cycles in a matter of hours. In addition, it will help forecast how much life a battery has left, helping reduce the burden the EV industry faces today and in the future when EVs become the dominant mode of transportation. 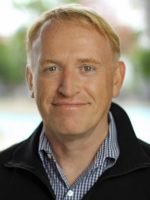 Sean McEvoy is a seasoned software executive with over 20+ years of experience in the software industry working at such companies as IBM, DELL, QUEST, and Symantec. McEvoy has held executive leadership positions across an array of business units including customer success, sales, professional services, product management, engineering and channel development. Having lived outside the US in both Europe and Asia, McEvoy has a strong understanding of international markets. In his current role as SVP, at Veritone Inc., McEvoy is responsible for business development for Veritone's Artificial Intelligence platform. McEvoy holds a BSc. in software engineering and an MBA in International Business.

Digitalization Is Transforming the Utilities Sector Through Increased Optimization And Sustainability

Innergex Becomes One of The Largest Pure Play Renewable Energy Producers In Chile With The Acquisition Of A Can$861.2 Million Wind Portfolio