Coal is the most abundant fossil fuel on earth and has been used for centuries. It was the energy source that fueled the Industrial Revolution of the 18th and 19th centuries. Its history goes back 3,000 to 4,000 years ago, as it was used for everything from heating to ceremonies. Being relatively inexpensive to produce and convert into useful energy, even today, with petroleum and natural gas on its heels, it is still a viable option.

Coal mining is notoriously dangerous, with mining explosions that have gone down in history and have reshaped the landscape of American cities. However, over the years, mining has become heavily regulated with health and safety laws. There have been new approaches to mine design, more effective emergency preparedness plans and major changes in legislation, regulation and enforcement. Growing environmental concerns have also played a major factor in mine operations.

With global warming at the forefront of everyone’s minds, people want to see solutions. Over the last several years, the term “clean coal” has been gaining steam. It most famously was used in former President Donald Trump’s 2016 presidential campaign in which he vowed to bring back jobs to the suffering industry. In addition, his administration also argued that keeping coal plants offers an inexpensive and secure energy source that can’t be matched by wind, solar or natural gas.

Coal, in and of itself, is relatively inexpensive, while clean coal has proven to be a concept with a much higher price tag. While its meaning remains slightly ambiguous, clean coal could be referred to as any of the following:

Carbon capture is relatively self-explanatory, as it separates and captures the carbon dioxide (C02) from the emission source before it enters the atmosphere. The carbon is compressed and transported either by road, ship or pipeline to a storage location deep underground where it is injected into rock formations.

Coal washing includes a process of using water and mechanical techniques, relying on gravity and the difference of the density between coal and its impurities. Coal is then refined and cleaned of impurities, increasing its efficiency and quality and reducing the emissions it produces. In turn, this makes the washed coal more expensive. 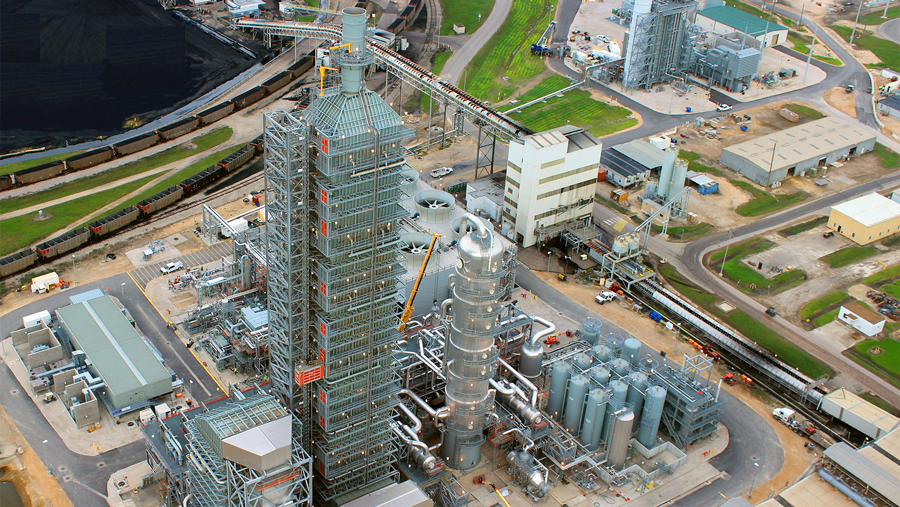 On January 10, 2017, when the Petra Nova plant located south of Houston, Texas, became operational, it was deemed America’s first “clean coal” plant. The purpose of the plant was to capture 90 percent of the carbon dioxide released. It did just that and more. In over three years, the plant captured 92.4 percent of the CO2 that passed through the unit, proving not only that carbon capture works, but that it can even be better than originally thought.

Unfortunately, the statistics can only go back three years. Last year, with low crude prices, reduced demand for further oil output, in addition to COVID-19 lockdowns put in place to prevent the spread of the virus, Petra Nova’s operation was suspended indefinitely.

Oilwoman reached out to Chris Rimel, communications manager with NRG for a statement concerning the future of Petra Nova. “[It] remains in mothball status. We continue to explore options to improve the economics that will allow for a restart of Petra Nova. Oil price is one factor among several other matters, such as production levels. It is not economic to start-up the carbon capture facility for short periods.”

Petra Nova was the first of its kind to venture into this territory and it proved successful. With the knowledge the company gained in the three-year process, it will take the future of clean coal further, and give other companies a base to build on and lessons to learn from to make the process even more cost effective and efficient.

In addition to research, regulation and implementation of carbon capture, the DOE is finding another use for the carbon value of coal that is not related to the heating value. Coal’s high carbon content makes it perfect for a variety of high-value materials ranging from carbon fiber to graphene to building materials. Coal can also be useful in hydrogen production. Hydrogen is a transitional carbon-free energy source that can be used for power generation and as a transportation fuel. Coal has proven to be such a beneficial resource; it just needs to be cleaner.

Several years ago, distinguished professor in chemical and biomolecular engineering at The Ohio State University (OSU), Dr. Liang-Shih Fan, and his team demonstrated a technology called coal-direct chemical looping combustion (CDCL). According to the OSU research paper published in Energy & Environmental Science, CDCL uses iron oxide particles, which supply oxygen for the chemical combustion of coal in a moving bed reactor to produce electricity. After combustion, the particles take back the oxygen from air, and the cycle begins. In further advancement of the chemical looping, the engineers’ used it for production of syngas, which provides the building blocks for other useful products, such as methanol, ammonia, plastics or even carbon fibers.

Burying the carbon in the ground is beneficial to the environment and a brilliant solution to the coal-created pollution dilemma. However, using carbon to our advantage is revolutionary. It is exciting to think of all the opportunities available for the advancement of this age-old resource. It has so much potential and, now that it has become a primary focus of the government, environmentalists and stakeholders alike, the stage is set.

Reprinted by permission. This article originally appeared in the November/December 2021 issue of OILWOMAN Magazine.

Sarah Skinner is a graduate of Louisiana State University with a degree in English. She has been a technical writer and editor in the oil and gas industry for over ten years in Houston and in Louisiana. She currently works as a technical writer for a pre-cast concrete construction company in Louisiana that builds blast-proof buildings for petrochemical plants.

Green is the New Black (Gold)

Energy in Motion: Untapped Hydrokinetic Energy in the Water Around Us