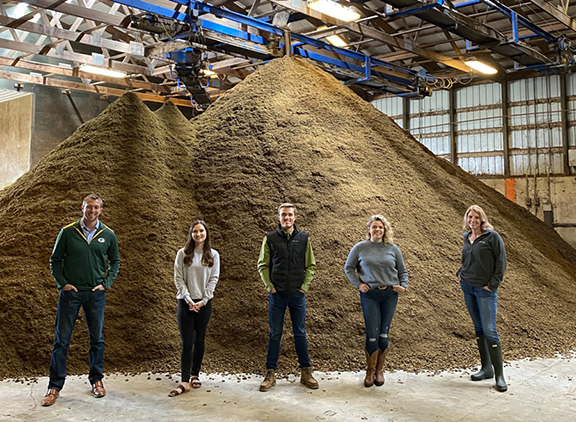 “The focus in the renewable space is on things that are easy to see,” says Zeina El-Azzi, the chief development officer at Brightmark. “They are an important part of the energy mix, but they are still carbon positive.”

According to El-Azzi, energy experts believe RNG can supply 10 to 20 percent of the country’s energy needs by 2040. Brightmark is striving to make its contribution to achieving that goal by offsetting 220 million metric tons of CO2 by 2024. It plans to achieve this through renewable natural gas projects that leverage existing infrastructure, making it a renewable energy source that is net carbon negative.

Powering Up at the Farm 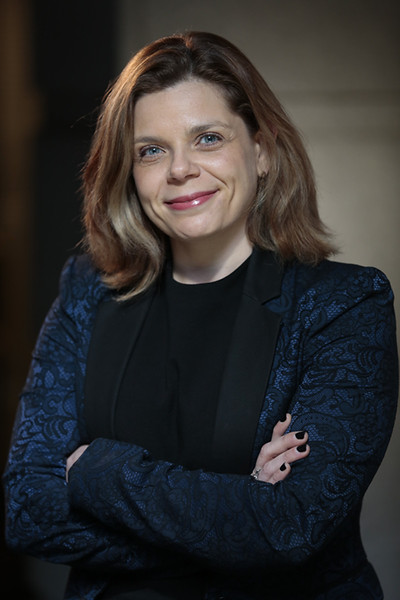 Renewable natural gas (RNG) is natural gas produced from organic waste materials like food waste and animal and plant-based materials. Agriculture, specifically manure, accounts for 10 percent of methane production in the United States, but it is also coming from landfills and the wastewater treatment process. The gas is considered to be “renewable” because it is created by waste that is continuously produced and is naturally occurring as part of the decomposition process.

While methane is a natural part of the process, it is also an unintended consequence of manure management practices. Decades ago, dairy farms kept smaller herds and spread manure on fields as a natural fertilizer at about the same pace the cows produced it. As herds swelled into the hundreds and thousands, farmers built storage pits to hold the manure. All that stored manure gives off methane. In 2016, California passed a law requiring dairy farms to cut methane production by 40 percent by the year 2030.

Through partnerships with farmers, Brightmark works with the owners to install a methane digester. Solid waste (manure) is pumped into a large, covered vat where anaerobic digestion occurs to break down the solids and release methane in the process. That methane can be captured as biogas and converted into usable energy. The beauty of the process is that the gas can be injected into existing natural gas pipelines.

“That means RNG is net carbon negative,” El-Azzi says. “It is a win/win for reducing carbon in our atmosphere and we are also helping make farm operations more sustainable, which is improving economic development in those rural areas.”

Biogas isn’t the only byproduct of the anaerobic process. Electricity can be generated and used on the farm. The anaerobic process occurs at such high temperatures that it can create steam and a clean, reusable water supply. The solids can be cleaned and repurposed for use as fertilizer on crop fields, compost, animal bedding and more.

El-Azzi, like energy experts, is optimistic about the potential of RNG but support from legislators, regulators, finance and legal experts is critical to achieving that goal. Variations from state to state complicate the process. Currently, Brightmark has projects spread across New York, Michigan, Florida, Iowa, Idaho, Washington and South Dakota. It also uses a virtual pipeline to collect the cleanup biogas from RNG upgraders, compress it and truck it to other points of gas injection.

Partnerships with traditional energy suppliers also will be the key to wider adaptation. Working with bp, Chevron, RenewGas Transportation and others shows a growing interest industry-wide in renewable energy.

El-Azzi says, “We are seeing an interest in broadening strategic partnerships getting involved with large scale utilities.” 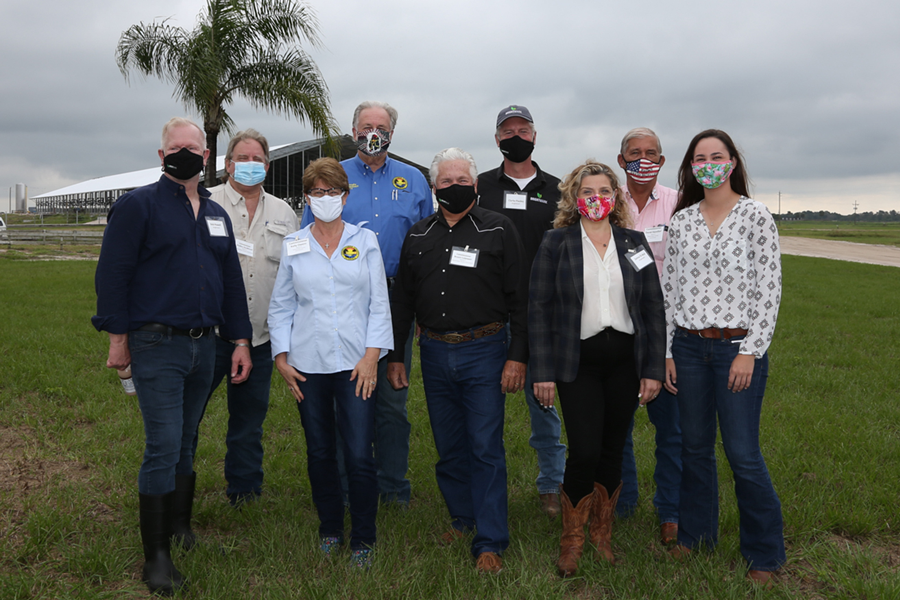 Sustainable, renewable energy sources are only a part of the equation. Experts anticipate there will be more plastic in the oceans than fish by 2050. In the U.S., only nine percent of plastics are recycled. Brightmark has developed plastics renewal technology to recycle single-stream plastics.

Once the plastic waste is collected, it is prepped for conversion by shredding, removing metals, drying and pelletizing. The pelletized plastic material is then heated and vaporized in an oxygen-starved environment. The vapor is captured, cooled into a hydrocarbon liquid, and processed into commercial-grade ultra-low sulfur diesel, naphtha (input for new plastics) and wax.

El-Azzi has dedicated her career to the power and energy fields, working both in the United States and internationally. She has focused on renewable energy and admits it is hard to sign onto a project that is not mainstream or proven, something that can be even more challenging for women than men.

“Statistically, women tend to take fewer risks in newer industries, and I’d like to dispel the myth that newer industries are [more] risky,” she says. Having worked in small and large organizations, well-established and newer companies, she says, “There is no more or less risk in a new or entrepreneurial type industry.”

Perhaps more important than the “age” of the company, she encourages women to have a broader focus, meaning a company mission they can get behind. For El-Azzi, RNG fuels her passion and drive to address the world’s most pressing environmental challenges.

Reprinted by permission. This article originally appeared in the March/April 2021 issue of OILWOMAN Magazine. 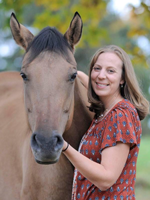 Digitalization Is Transforming the Utilities Sector Through Increased Optimization And Sustainability

Putting the “We” Into Community Solar